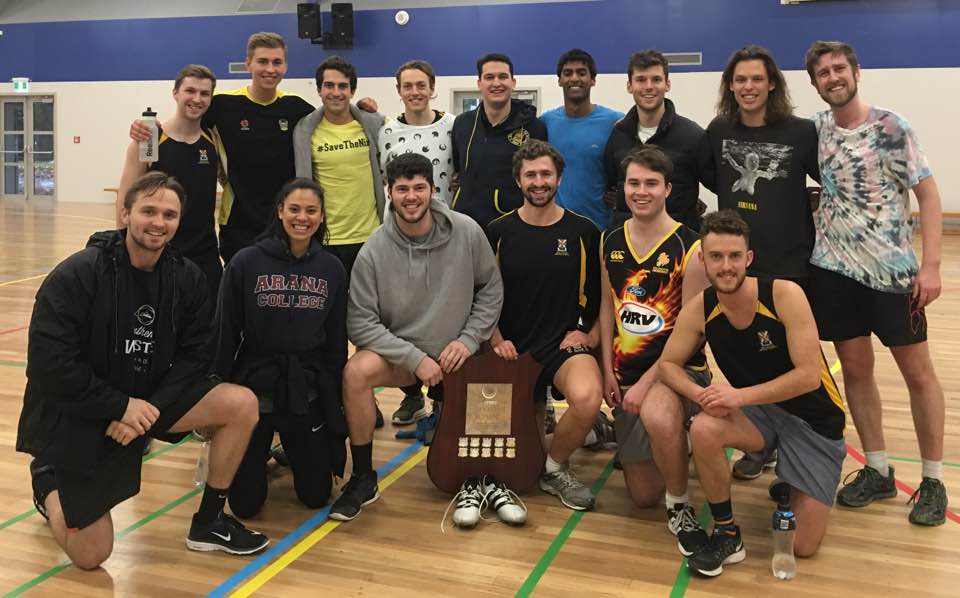 The annual NZMSA sports exchange was held in Christchurch this year on the 21st-23rd of July. A group of about 20 wellington students made the trip down, despite the weather, to battle it out against the other schools. The weekend started off with a flat crawl, which was a great opportunity to catch up with old mates over an icebreaker or two. We had a good showing from the wellington team on the beer pong table which really set us up well for the rest of the weekend.

The following morning we made the journey to Christchurch Girls High School where the sports were being held. We got stuck into some netball straight away, which was a great way to shake off the dust from the previous night. We managed to win our first game but then fell to a strong Christchurch team in the final, who had a couple rep players on hand. Next came basketball, where we were beaten by a very dominant Auckland team in our first game. However, this seemed to only fire up the team, posting up a big W over Dunedin for third place. After this huge confidence boost we then began our charge for the shield. Volleyball came next, which turned out to be our most dominant sport, cruising to an easy victory. Dodgeball, a new comer this year, was one of the most hotly contested sports on the day. We were able to sneak into the finals against Dunedin after a narrow 2-1 win over Auckland. The final was a see-sawing affair, and we clinched a last-minute victory almost securing the shield for another year. The day finished off with indoor football and this is when the team really came together.

It had been a huge day of sport and everyone was starting to feel the effects of this. It was great to see the whole team get involved in this last game which proved to be a vital win for Welly. The football wrapped up around 4pm and this gave the team plenty of time to re-hydrate before the prizegiving at the peg. In the end, it was a big win for team Welly as we claimed the shield for a second year in a row, and the first time the host school has not won the trophy. Full credit to the team for putting in the mahi and getting the treats.

Straight after the prizegiving we made the journey to Micky Fins for a fizz up with all the other competitors, a great way to round off the weekend! Just want to give a big thanks to CMSA and NZMSA for organising everything, MAS and THE EDGE for supplying some food and drinks on the day and lastly to all those who made the trip down! Was an awesome weekend and can’t wait for next year!